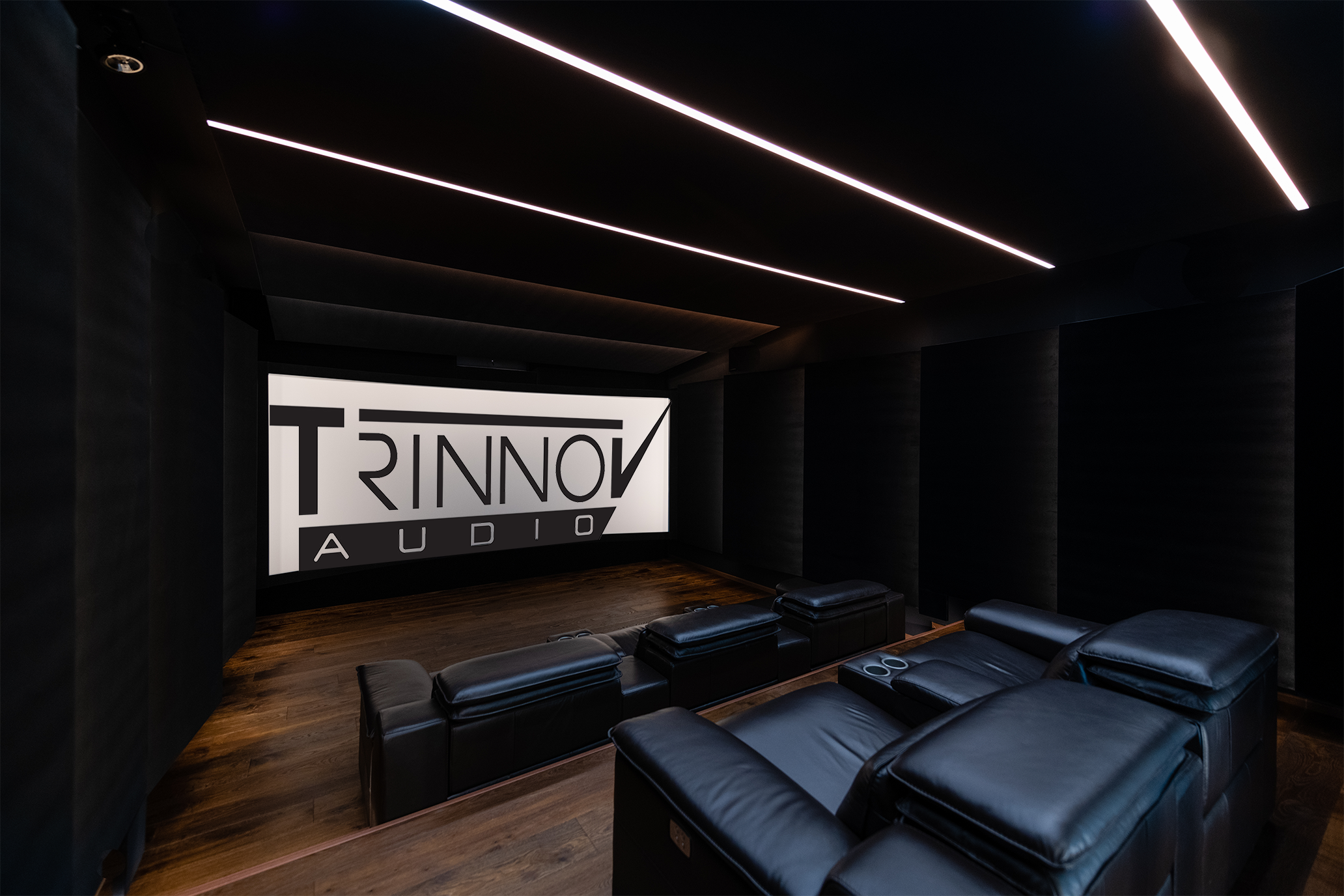 There's a lot to say about Trinnov, so let's jump straight in on what makes them unique:

Trinnov Altitude Processors are built on general computer hardware that runs a proprietary Linux based operating system called TrinnovOS. This approach means that they have to implement software-based decoding of audio.

Conversely, competing products rely on new chipsets designed to decode specific audio codecs. New chipsets take time to design and manufacture, but not only that, it has grave implications for upgradability! For example, with the introduction of DTS:X Pro, Trinnov merely updated its software. Most competing brands need to replace their processors in their entirety!

Frequent software upgrades also led to two incredible features implemented on the platform: Object Viewer and what Trinnov calls +4. Object Viewer tracks the dynamic object in a Dolby Atmos mix and displays it on screen. +4 is the extension of its 16/32 channel processors to 20/36 channels by utilizing two digital outputs, free of charge!

What about HDMI? That's thought of and catered for as well! The HDMI board is modular and can be upgraded when required.

Trinnov also offers a class-leading 5-year warranty, after which one has the option to get the unit refurbished at a nominal fee, which also extends the unit's warranty for another five years.

The measurement microphone is one of the most critical components of any loudspeaker/room calibration system.

Trinnov’s sophisticated algorithms rely not only on precise acoustic measurements but also on the ability to localize the speakers’ positions and detect early reflections.

Their 3D microphone uses four mic elements in a precise tetrahedral arrangement. Each capsule is calibrated individually at the factory.

As each speaker is measured, the resulting sound waves pass through this array of microphones, hitting each microphone at a slightly different time. Based on this timing, one can precisely triangulate the speaker's location, and ultimately end up with a three-dimensional map of where all speakers are located. Accuracy is within 2° of azimuth, 2° of elevation, and less than 1 cm of distance.

From 2003 onwards, Trinnov has been developing their Loudspeaker/Room Optimization technology, inventing the term acoustic Optimization and redefining audio calibration standards across multiple applications in the professional audio industry as well as in consumer environments.

The Optimizer was primarily intended for studios. Trinnov built its reputation with this technology while winning the trust of some of the most demanding sound engineers in broadcast, music, and post-production studios around the world.

The Optimizer has been gradually refined over the years and is now the only “digital room correction” system widely used throughout the production chain, from studios to some of the finest commercial and private cinemas. It is used daily in over 2000 studios worldwide to produce some of the content you enjoy every day.

Unique in many ways, the Optimizer relies on Trinnov’s iconic 3D Microphone to localize speakers and capture sound in three dimensions.

The Optimizer captures a huge amount of acoustic information in each measurement and performs time/frequency analysis to better understand and characterize the behaviour of the speakers in the room.

The highly detailed information is then processed using Trinnov’s proprietary algorithms, providing a full acoustic analysis of the room and revealing more information than any other competing system. As an example, the acoustic graphs generated by the Optimizer for each measurement point include the phase response, group delay, and impulse response of each speaker, all of which are important to understand what is occurring in the room over time.

Most people understand that time-aligning speakers is important, but the point Trinnov has made since 2005 is that time-aligning frequencies are also essential for improving sound staging and transient reproduction. This is an area where passive acoustic treatment, although critical, cannot help.

The sophistication of acoustic analysis performed by the Optimizer may sound like overkill for the consumer world. However, Trinnov is understandably proud of its pro-audio background and believes consumers deserve no less. The Optimizer simply can solve problems that other systems cannot, and this is an area where Trinnov reigns supreme.

We can’t always place speakers where we should. And in any case, Dolby, DTS, and Auro each have a different idea of where they should go. Trinnov’s exclusive, patented Remapping is the only solution.

During calibration, Trinnov’s unique 3D microphone precisely maps the location of each loudspeaker in the room regarding distance, azimuth, and elevation.

When decoding a particular soundtrack, the Trinnov software knows the intended placement of each of the various sound elements. Then Remapping, taking the reality of the room into account, ‘remaps’ errant sounds to the proper locations by using adjacent speakers and the principle of stereo imaging.

The Bass Management solution in the Altitude gives users the most sophisticated tool available for managing low frequencies.

Complete flexibility regarding high and low pass frequencies, filter types, and filter slopes is just the beginning. The low-frequency content of any channel can be fed to any combination of subwoofers, and there is no limitation to the number of subwoofer channels other than the number of available outputs.

Going further, Trinnov offers a unique intermediate bass management system that is ideal for immersive systems using smaller height channel speakers. It can redirect low frequencies not just to subwoofers, but from a speaker with the limited bass capability to the closest, more-capable speaker, before sending the lowest frequencies to the subs.

If you're serious about Home Theatre, there is only one option to consider: Trinnov

Get in touch for a demonstration!